Devilish Presley
The Way Of All Flesh

A Livejournal entry, culled from the distance past..

We packed up our kit and made our way to Leeds in time for the soundcheck. We got there and discovered the Bassment. A fairly grimy little hole underneath the Merrion Shopping Centre in Leeds. Not a bad place tbh for a venue, if the stage was bigger!

We were supporting Devilish Prestley, who were using their own kit, so had to set up ours either in front of, or on top of theirs. Combine this with a really bouncy/unstable stage and you had an interesting gig.

I was rather disappointed with us on the night to be honest. The turnout wasn’t great, (although huuuge hugs to all the people who came from Sheffield to see us) although it got better later into the night. The size of the stage meant I was stuck behind Dave, and paranoid that any movement would trigger a landslide of amps behind us. We had 3 different bits of kit crash on us, including interestingly the whole drum machine when we tried to play White Wedding. Some of our playing/singing was sloppy, probably accentuated by the uncomfortableness of the stage, and apparently the keyboards disappeared entirely for 2 tracks. This was most obvious for Dave, attempting to introduce the songs while Kate, Steve and I tried to sort out technical stuff, guitars behind him. We were getting much more streamlined at this sort of thing before, but just lost it on the night.

I left the stage feeling like it was the worst gig I’d ever played, but I know that just isn’t true. As a unit, we are now far tighter and more professional than we were 3 years ago, but it is hard to shake. We’ve already had a good review of the night, so it can’t have all been bad

Ah well, Blood and Sand got another good response, and the applause at the set was significant. 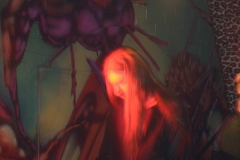 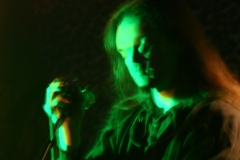 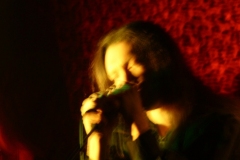 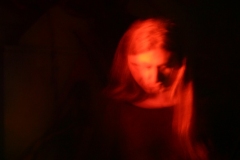 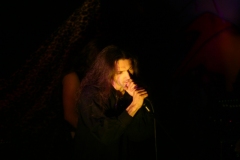 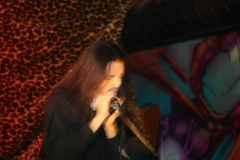 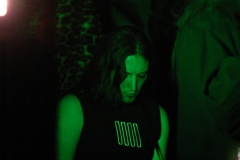 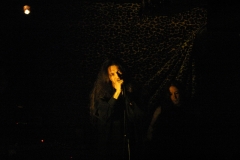 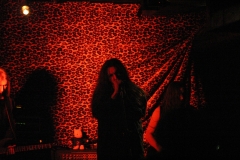 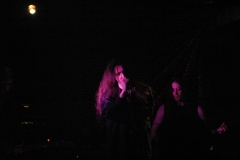 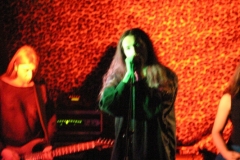 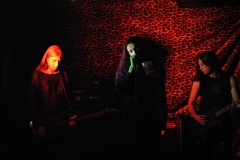 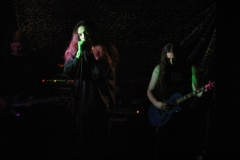 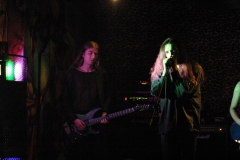 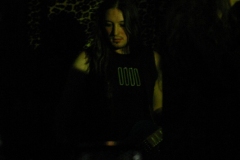 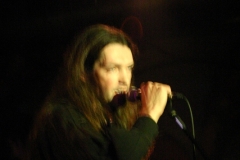